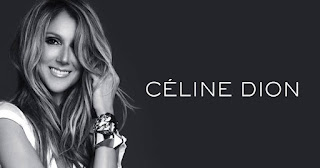 “My Heart Will Go On” (Love Theme from 'Titanic') by Celine Dion
Written (lyrics) by Will Jennings, here are some highlights of songs he has written or co-written;
Steve Winwood:  "Higher Love" (#1, nominated for Grammy Award for Song of the Year 1987)
Eric Clapton: "Tears in Heaven" (#2, nominated for a Golden Globe award, 1993 Grammy for Song of the Year, 1993 Ivor Novello award from British Academy of Songwriters, Composers, and Authors)
Barry Manilow: "Looks Like We Made It" (#1)
Joe Cocker and Jennifer Warnes: "Up Where We Belong" (#1, American Academy Award, British Academy Award, Winner Tokyo Song Festival)
Whitney Houston: "Didn't We Almost Have It All" (#1)
Tim McGraw: "Please Remember Me" (#1 Country)

Sorry for the extensive list but I imagine you get my point, these are just highlights of the accomplishments of the people assembled for this song, so apart from being associated with the most successful film of all time to that date (directed, written, co-produced and co-edited by Canadian James Cameron) it was no mistake it peaked at number one on almost every chart on the planet and finished the year as number one or in the top ten of the year on a dozen or more.

An interesting fact about the development of this song, the original track was recorded by Sissel Kyrkjebø an accomplished Norwegian soprano who did record other tracks for the movie's soundtrack. In the end however it was decided to go with Celine in large part to her voice, prior working relationship with James Horner and her success with movie songs.

Some of you (me) may still be sick of this song and avoid it due to it being overplayed and in some people’s opinion, over sung. Celine herself I’ve read never liked the song. Nevertheless there have been few songs that have made such an impact, selling over 30 million copies and covered at least 148 times to date.

Celine Dion is one of the most accomplished singers on the planet period. There is plenty more to talk about with Celine with at least 46 other songs having been covered but for now I will leave it here. Just another music icon to add to the list of Canadian artists being covered. Thanks as always for reading my blog.