It’s a lengthy list for me to make my way through the rest of it but over the next few blogs I will highlight a few more covered songs written or originally performed by Canadians. 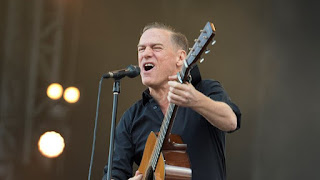 “(Everything I Do) I Do It for You” by Bryan Adams, Written by; Bryan Adams, Michael Kamen, Robert John "Mutt" Lange. You likely know this song was written for and featured in the (1991) film Robin Hood: Prince of Thieves.
To say this song was a mega hit is a bit of an understatement, it peaked at number one on every documented music chart in the world. It broke the record for most consecutive weeks at number one in the UK and was the song of the year in Canada for 1991.

An Article by Henry Yates July 27, 2016 tells the story about this song.
https://www.loudersound.com/features/the-story-behind-the-song-bryan-adams-everything-i-do-i-do-it-for-you

Julia Westlin (2017) a cleverly done Acapella version, you might think some of the background to be instruments or electronic sounds but I’m pretty sure it’s all voice. This song is really a tough act to follow and therefore I think hard to cover it well, here are a couple more versions;
Remember Clay Aiken? (2006), Brandy (1998), Kenny G with Leann Rimes, a very nice version from 2005. Charice (2013)
Also performed in Czech, Dutch, German, Italian and Spanish. There are 17 instrumental versions.
If you are a Family Guy fan you might remember Stewie doing this song.

I’ve already talked about some of The Band covers but this next one was a huge song for them;
“The Night They Drove Old Dixie Down” written by Robbie Robertson, released on the album “The Band” in 1969, covered over 60 times. You will never run out of Johnny Cash here (released in 1975). Joan Baez covered this in 1971 and I believe it was her biggest hit song, here is a clip from a great music show “The Midnight Special” which aired in the 1970’s.The Sheepdogs from a live performance and not an ‘official’ documented cover. Also covered by John Denver, the Black Crowes, Jerry Garcia and most recently in 2016 by Luis Prado from Spain.

If some of the comments on YouTube are any indication this song continues to spark debate about the American south v. north during and after the Civil War and a whole lot of other stuff as well and a lot of crap that comes from social media in general. Although the verses in the original song were sung by a 'southerner', Levon Helm being from Arkansas the song was written by a young man who was born in Toronto (1943) and a true songwriting and guitar playing genius. Not to mention the rest of The Band-all Canadians. I've read that Robertson put a lot of thought into writing this song and it shows, he was also heavily influenced by Levon Helm and if not writing it for him he was certainly top of mind.

Here is an excerpt from Wikipedia about the song;
“It was #245 on Rolling Stone magazine's list of the 500 greatest songs of all time. Pitchfork Media named it the forty-second best song of the Sixties. The song is included in the Rock and Roll Hall of Fame's "500 Songs that Shaped Rock and Roll" and Time magazine's All-Time 100.
Ralph J. Gleason (in the review in Rolling Stone (U.S. edition only) of October 1969) explains why this song has such an impact on listeners:
Nothing I have read … has brought home the overwhelming human sense of history that this song does. The only thing I can relate it to at all is The Red Badge of Courage. It's a remarkable song, the rhythmic structure, the voice of Levon and the bass line with the drum accents and then the heavy close harmony of Levon, Richard and Rick in the theme, make it seem impossible that this isn't some traditional material handed down from father to son straight from that winter of 1865 to today. It has that ring of truth and the whole aura of authenticity.”

While not as significant I think as "The Weight" which I plan to blog about, this song has clearly made a lasting impression on those who choose to listen carefully or those who just think 'hey' it's a great tune to listen too.

There is always more to making a song than the singer, but sometimes the singer makes the song. Thanks for reading my blog!