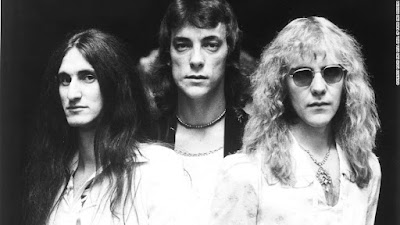 At 34 songs having been covered and some only once and just a few more than five times it seems to be very low number of covers. Also, a bit odd to me anyway that a band (now retired) that lasted for 40 years and had such a solid fan base doesn’t get covered more often.  However, in a recent conversation with my best friend who self declares himself as a "Rush Tourist” he felt their unique sound is something not easily duplicated, and I tend to agree. Further to that the lyrical structure of the songs virtually all written by the drummer Neil Peart are complex and perhaps don’t lend themselves to replication, not to mention the composition and masterful playing as well.  So while not the most covered, never-the-less I would be remiss in not making mention of this iconic (Canadian) rock band.

The line-up that would guide them through a long and sometimes arduous career spanning 40 years would include just three members, the above mentioned and the last addition, Neil Peart, Lead vocalist, keyboardist and bass guitarist Geddy Lee, and lead guitarist (mandola, mandolin and bouzouki)Alex Lifeson who was the founder of the original band. Each recognized as masters of their individual craft. Interesting side note the last concert with original drummer John Rutsey was right here in my hometown of London, Ontario, a concert I nearly attended myself in 1974 as many of my then friends were big Rush fans and apparently, I was not. Subsequently, I’ve only missed out on a band who has released 24 gold records and 14 platinum records (including 3 multi-platinum), placing them fifth behind The Beatles, The Rolling Stones, Kiss and Aerosmith for the most consecutive gold or platinum studio albums by a rock band.

Here is Rush with “Closerto the Heart” covered more than eight times, lyrics written by Neil Peart and Peter Talbot (first time a non-band member was involved), composed by Geddy Lee and Alex Lifeson. From the Album A Farewell to Kings in 1977.

It takes an accomplished band like Fates Warning to do this song justice.

“Tom Sawyer” (1981), written by Geddy Lee, Neil Peart, Alex Lifeson and Pye Dubois. Nothing to do really with the Mark Twain character as it’s based on a poem by Canadian lyricists Pye Dubois (credited above) who is closely associated with Kim Mitchell, another fine Canadian rocker.
Rage covered it in 1998. 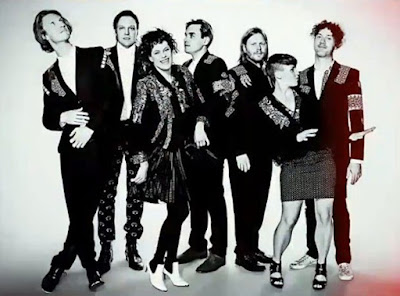 They have won Juno’s and a Grammy Award and received many accolades from people who really know music much better than I. The album “Funeral” has been ranked as one of the best from the 2000’s on many lists landing at number six from Rolling Stone. They have a total of 19 songs covered to date and I’m sure this number will grow as the years go by.
“Wake Up” written by Win Butler, Will Butler, Richard Reed Parry, Régine Chassagne, Tim Kingsbury. Covered 8 times including two instrumental versions. Arcade Fire & David Bowie –“ Wake Up” appeared on the live album, Fashion Rocks 2005, Macy Gray from 2012