Here is the last post focused solely on Canadian artists. In future I will ramble around with various artists and theme’s and if anyone has a particular interest I’d be happy to consider it, some may have noticed  I’ve added a song or artist for you already. 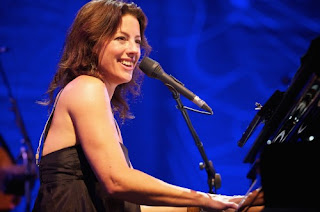 She was born January 28, 1968, adopted shortly after birth she grew up in Halifax. She played ukulele at age four and growing up studied at the Maritime Conservatory of Performing Arts and learned classical guitar, piano and voice. Her accomplishments and awards are many including; three Grammy’s and 11 other nominations, ten Juno’s and “Angel” topped Billboard for the award in 1999.

“Angel” written by Sarah McLachlan released on the album Surfacing in 1997, covered more than 80 times and versions in French, Spanish and German. The song speaks for itself and is one of those endearing pieces that will last a very very long time.

Sarah with the great Carlos Santana 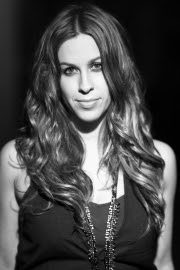 She was born June 1, 1974 (age 44), Ottawa, Ontario. Her parents were military school teachers and they moved around a bit, spending 3 years in Germany. She learned piano at age six and appeared on children’s television show in Ottawa while in elementary school. She has won seven Grammy awards, 12 Juno’s, and an MTV Europe award and an MTV Video Music award.
The song “Ironic” has been debated about whether it’s actually ironic or not, nevertheless it was a huge hit song peaking at #1 in Canada, US, Spain and top ten in many other countries. Quite a cleverly worded song and it's been covered more than 25 times.

“Ironic” written by Alanis Morissette and Glen Ballard from the Album Jagged Little Pill in 1995 and released as a single in February 1996. 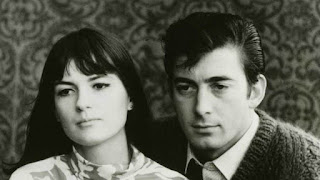 Ian Tyson was born in British Columbia (1933) and learned to play guitar while recovering from injuries sustained as a Rodeo rider. He started playing Coffee Houses in Toronto in the 1950’s where he met his soon to be playing partner and wife Sylvia Fricker, originally from Chatham, Ontario (born 1940).

“Four Strong Winds” written by Ian Tyson, from the album of the same name in 1963. A Quintessential Canadian song if there ever was one.

Country legend Bobby Bare had a number 3 hit in 1965, Waylon Jennings (originally in 1964) here is a pretty good video slideshow with the song, John Denver in 1998. I don't have to point out if a songwriter like John Denver covers a song, it has to be a great one.

Also recorded by Bonnie Dobson, Blue Rodeo, Johnny Cash and the Carter Family as well as many other notable names.