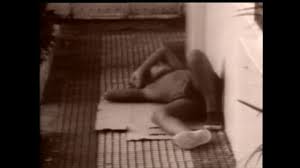 I actually didn’t listen to this song closely enough when it came out to recognize it was about homelessness. In fact I think most people have a literal image with this song of an idyllic beach house with a hammock and mojitos. I was reminded about homelessness and musicians recently while researching the blog on Shania Twain. I have had the good fortune not to worry about having a home and I hope I never do. This however is not the case for many, not just here in my hometown of London, Ontario but likely in your hometown or the closest major urban centre-anywhere in the world. Countries considered ‘rich’ with social services and social financial assistance have a problem with homelessness, so most certainly, countries that struggle economically fair far worse.

Another story about a homeless man in this song. So, I thought I’d take the opportunity to make you think a bit about the homeless through song. I’m not trying to preach here and I’m certainly no saint. I have had the opportunity to work in this area for a time, in particular with organizations that are (or were) on the front lines dealing with homeless and at-risk youth. I don’t have the answer to solve this problem and frankly it's one that can be vastly improved, but history tells me it will never go away. 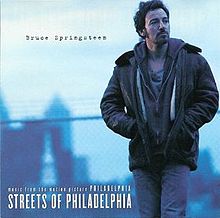 If I learned anything it was not to judge too harshly those who find themselves in such dire straits as to be without a place to call home. Having heard some of the stories of how and why people live on the street and go from shelter to shelter, bed to bed if they can find one,  I am reminded of how lucky I am and but for the turn of fate things could be different for many of us. I was also reminded that the homeless are people, and as such generally deserve to be treated better than they are. Oh, I know there are some that choose the street life and there are some unsavory characters (who hasn’t met one that is not homeless?). There are mental health and addiction problems as well. I don’t give money to those who beg on the streets, but I will on occasion talk to them and offer to direct them to the services I’m aware of, no harm in perhaps buying a coffee and a bite to eat. Doesn’t make one a saint like I said, just makes you human, like them. 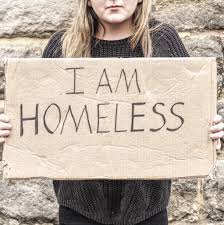 A great story about the African American "itinerant musicians" (sometimes another word for homeless). I've mentioned a few of them and plan to blog more about these influential people. https://www.smithsonianmag.com/smithsonian-institution/before-there-was-blues-man-there-was-songster-180951863/

Other Songs about the homeless or homelessness
Man On The Corner – Genesis
Breadline – Megadeth
Is This the World We Created? – Queen
Low Man's Lyric – Metallica
Aqualung - Jethro Tull
"Fancy" by Reba McEntire (Bobby Gentry)
"The A Team" by Ed Sheeran
"Something to Believe In" by Poison
"Bread & Water" by Vince Gill
"Burnin' It Down" by Steve Earle
“King of the Road”  Roger Miller
“Like a Rolling Stone” Bob Dylan
"Ain't Got No Home" (or "I Ain't Got No Home in This World Anymore") is a song made popular by Woody Guthrie
Ain't Got No Home (Clarence "Frogman" Henry song)
“Homeless Child”, Ben Harper