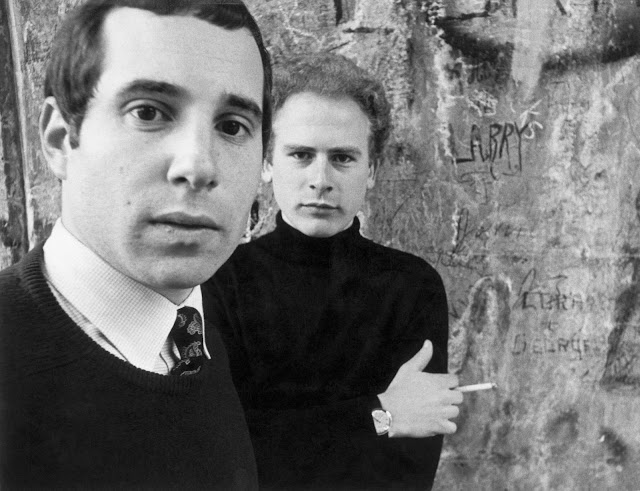 The pair were very close friends in high school and actually had a bit of a hit song in 1957 but their career didn’t really go anywhere at that point. Not ones to quit on music they persevered and eventually got a contract with Columbia Records in 1963 and produced the Album “Wednesday Morning 3 a.m.”.  Recorded in March 1964, the album was released on October 19. The music did not sell enough to convince Columbia Records to keep Simon and Garfunkel, so they went their separate ways. Still working in the industry, the duo split up but stayed in touch. As there are few businesses stranger than the world of recorded music, fate would have other plans.

Paul Simon moved to England and recorded The Paul Simon Songbook, a U.K.-only album. Art Garfunkel joined him in the summer of 1965 and they played a few gigs. Meanwhile an ironic twist was developing as the song titled “The Sound of Silence” (from Wednesday Morning 3 a.m.) was getting airplay from a late-night DJ in Boston. I read it was a bit of a joke to start, students up all night studying and listening to a song titled the “The Sound of Silence”. However, the song eventually gained popularity down the east coast via Washington D.C. to Florida. The records producer Tom Wilson got wind of this and decided to re-record the song. Using the original vocals, he hired some session musicians and beefed up the track. Apparently, Paul Simon found out his song was a hit while reading music publications in Sweden. Long story short Columbia Records and Simon and Garfunkel reunited and the rest as they say, is musical history.

“The Sound of Silence”, the original version from the Album “Wednesday Morning 3 a.m.”

“The Sounds ofSilence”, the remix version released as a single in September 1965. Also included in their next the album “The Sounds of Silence”.

The song lyrics use the word “sound” and ‘sounds’ never appears, though the latter verses of the song if you listen carefully might appear to reveal an ‘s’ perhaps? I’ve seen copies of the single and albums using both spellings for the song for both versions. Regardless, a lot of fuss over an ‘s’ but the song is now referred to as “The Sound of Silence”. The version receiving the most airplay is the second one. You may be too young to remember the song (along with other Simon and Garfunkel tunes such as Mrs. Robinson) was used in the 1967 award winning movie “The Graduate”.
Covered just as often as an instrumental piece as a vocal track, and well into the several hundreds of versions now. Recorded in French, Spanish, German, Dutch, Finnish, Swedish and Italian languages.

An Instrumental from the accomplished Pat Metheny (2011)

David Draiman (Disturbed) takes a turn at this song, odd you might think for a heavy metal band, but ballads and softer songs are not uncommon in this genre. For my money this is an amazing version and it came at a bit of a surprise to the band turning into a smash hit for them, sending the 2015 album to the top of the charts in several countries. This a video produced by NASA using the Disturbed soundtrack. 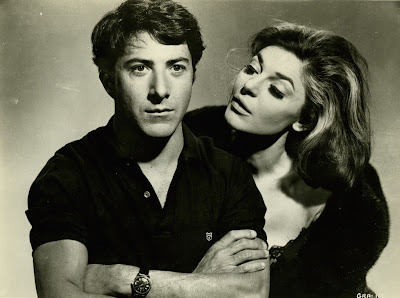 "Mrs. Robinson" from the album "Bookends" (1968) and The Graduate (1967) written by Paul Simon. Sounds great with headphones on!

Lemonheads in 1992, Bon Jovi in 1996 with a live version. The song has been covered more than 130 times, including Lois Prima, Roch Voisine, Garth Brooks and a lyric changed version by Frank Sinatra.

“Cecilia” by Simon and Garfunkel 1970 written by Paul Simon. This song is my first recollection of hearing the duo, though my 11-year-old mind didn’t comprehend the naughty bits.

Not the same song but I ran across this searching for covers; "Cecilia" by Didier Clarel - from Mauritius I believe, thought it was a pretty good song.

“A Hazy Shade of Winter” written by Paul Simon, recorded in 1966, covered more than 30 times. The Bangles had a hit in 1987. This version was used in a movie called “Less than Zero” and it peaked at #2 on the billboard charts while the original made it to #13. The Bangles version was also used in the Netflix show ”Stranger Things” in 2016.
...more about this song, http://www.songfacts.com/detail.php?id=8051

At least 32 of Simon and Garfunkel’s songs have been covered, Bridge Over Trouble Water over 400 times along with many other songs covered close to or more than 100 times. When that happens you have to be doing something right. A far as I can tell Paul wrote the words and music to virtually all if not all their songs and went on to an amazing solo career having at least 73 of his songs covered to date.

Cover song trivia: what is the most covered song of all time? 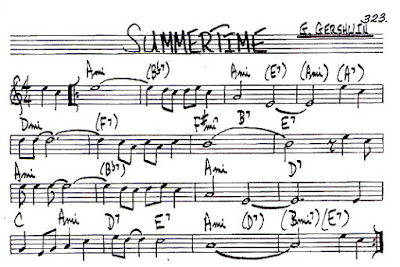 “Summertime”, Music written by George Gershwin, Lyrics written by Ira Gershwin, DuBose Heyward. It started as a part of a novel by DuBose Heyward called Porgy (1926), then a play, then a musical “Porgy and Bess”. Composition date 1935. First recording was July 19, 1938,  this is Abbey Mitchell (Abriea "Abbie" Mitchell Cook, September 25, 1884 – March 16, 1960) she played the original Clara in the musical stage production as well.

https://secondhandsongs.com/ lists 1740 different versions making it number two on their list, I’ve found several mentions of 25,000 versions and Wikipedia asserts the songs been covered 33,000 times. That’s a lot of covers! No need to sift through them all here is the best one…Ella Fitzgerald.

A great article about the song, and reference to more excellent covers.
http://www.34st.com/article/2017/10/25000-songs-later-summertime-through-the-ages