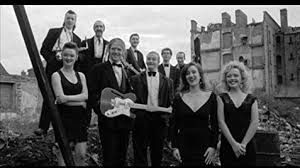 The Commitments is a 1991 movie musical based on a 1987 novel of the same name by Roddy Doyle. Why am I talking about a movie? Well this movie has a lot of great cover songs in it, apart from the fact it’s a very entertaining movie, I share a love of this soundtrack with my wife’s brother. I happen to be visiting my brother in law and his lovely wife at their beautiful home on Vancouver Island, so I thought it appropriate to blog about a mutual interest in music.
Briefly, the movie is set on the north side of Dublin and is about a guy named Jimmy who wants to start a soul band inspired by African American musicians from the 60’s and 70’s. He gathers up a crew and they practice in quite interesting fashions and locales, eventually getting a paying gig. There is more to the story, but the end result is some great music and too many songs to cover in one blog, so I will give you some of my favorites. The soundtrack features songs that are for the most part shown at various parts in the movie.

The song was written by Mack Rice and originally performed by him as ‘Sir Mack Rice’ in 1965. Covered at least 70 times.

The most recognizable version and inspiration for the movie was this one by the legendary Wilson Picket, released in October of 1966 and the fourth time the song had been done.

“Take Me to the River” from the soundtrack, again Andrew Strong on lead vocals

Written by Al Green and Teenie Hodges, released on “Al Green Explores Your Mind” album in 1974. Covered over 50 times.


A really different take on this song and one of those “I didn’t know it was the same song!” covers from the Talking Heads (1978) and a regular in my cover tunes playlist.

“Try A LittleTenderness” from the movie, Andrew Strong again.
This song has a very interesting history, written by Jimmy Campbell, Reg Connelly and Harry M. Woods and first recorded by ‘Ray Noble and His Orchestra’ in December of 1932, released in 1933. Val Rosing (also known as Gilbert Russel) on vocals (see trivia note at the bottom). Covered by the likes of Bing Crosby, Frank Sinatra, Nina Simone, Lulu and again most recently in February of this year for the 160th time.

As you can hear from the previous clip, it's not exactly what we would think of as ‘soul’ music. So where did this song get its soul from? Well the “Queen of Soul” herself, Aretha Franklin recorded this song in 1962 and the 27th version. This, I think was the bridge that led to Otis Redding’s version (and the inspiration for the one in the movie) from 1966. 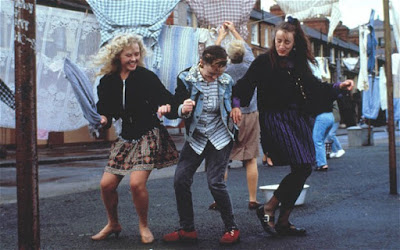 Written by the versatile and talented Don Covay (James Donald Randolph) and originally released by Aretha Franklin in 1967. Oh my, hard to get a better song than this! Covered over 60 times.

"Nowhere to Run", lead vocals by Niamh Kavanagh (an Irish singer from the soundtrack but not in the movie) 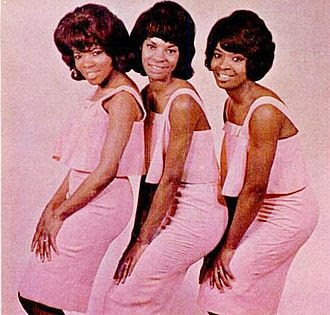 Written by the powerhouse production team from MoTown, Holland-Dozier-Holland and backed by the Funk Brothers. Released in 1965, the original from Martha and the Vandellas.

There have been covers by Arnold McCuller used in the movie "The Warriors" and by Boga used in "Baby Driver", Michael McDonald even took a crack at it. Let's just stick with the original.

Cover song trivia: Who sang the original version of “The Teddy Bear's Picnic” with Henry Hall & His Orchestra - (1932)? One- Val Rosing, just mentioned above as the original vocalist on "Try A Little Tenderness".