Here are some Rock songs covered by ‘Country’ artists. This certainly goes both ways, but I have found there are many more 'country' songs covered by Rock artists and I'll blog about that in the future. 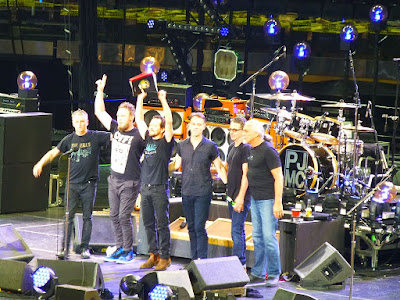 “Better Man” Pearl Jam, Written by Eddie Vedder Released on Vitalogy, November 22, 1994, Since their debut album ‘Ten’ in 1991, this hard rocking ‘grunge band’ has built quite the following (this one's for my nephew Evan!) this songs been covered a dozen times.

Elizabeth Cook from the album “Balls” 2007

She also covered "Jesus" written by Lou Reed from the Velvet Underground. Check her out on Sirius XM she has a show on the 'Outlaw' Country channel 60 from 12:00 pm - 4:00 pm.

“Brown Eyed Handsome Man” written by Chuck Berry. Chuck has at least 60 songs covered and some into the hundreds of times, the first inductee into the Rock and Roll Hall of Fame, previously mentioned in my blogs and you will hear his name again-fair warning!

Tanya herself has been covered 24 times but she loves a good cover song (68) many of them rock songs including; Elvis, The Monkees and the Crickets.

“Here Comes My Baby” written by Cat Stevens, originally by The Tremeloes (1967)
Another great tune from the pen of Cat Stevens, love both of these versions!
The Mavericks released in 1999

“Gone, Gone, Gone”  The Everly Brothers (1964) written by Don Everly, Phil Everly, not the best know song by these two legends of Rock and Roll, covered a dozen or so times. 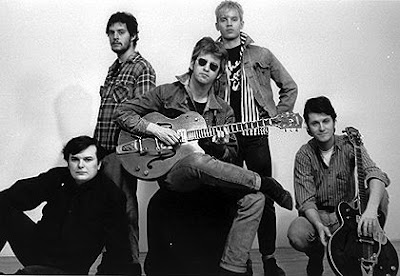 Blue Rodeo in 2001, got to say I love these guys! Saw Jim Cuddy the other day at Home County Folk Festival! If you are not from Canada (and since I've reached 23 countries so far some of you may not be) and have not heard of them -take a few minutes and check out more from these guys, you'll not be disappointed. Listen to 'Try', 'Hasn't Hit Me Yet', 'It Could Happen to You', 'Rebel', 'Rena' lot's more great stuff!

“Life Is A Highway” written by Tom Cochrane released in 1991, what a great tune by Tom Cochrane and given new life by the Movie ‘Cars’ and the show ‘Family Guy’. Ok, so I've seen Tom Cochrane play too! Rascal Flatts, 2006 for the ‘Cars’ soundtrack.

From the Pickin’ On series, a Bluegrass Tribute to Three Doors Down (so it’s not technically country but a sub genre) I may do bluegrass covers in the future, lots of those too 👀

“Landslide” written by Stevie Nicks, Fleetwood Mac released 1975, classic tune for sure! This group has been covered a mere 87 times at least. A great story of perseverance, longevity and other goings on with this band. Dixie Chicks in 2002, they have been around since 1989 (with one major lineup change), they have been covered 15 times and out of 30 covers they have touched on rock, soul and country classics.

“Heaven” written by Bryan Adams and Jim Vallance, original release ‘A Night in Heaven - Original Motion Picture Soundtrack’ 1983, Album ‘Reckless’ 1984. Blogged about Bryan before and he'll likely come up again, would love to see him play!
Jason Aldean, the mega star has dabbled a bit in covers, mostly in his live shows.


Click here for a playlist of all the videos

Cover song trivia: who is the second most covered music author? John Lennon at 12748 covers of 239 songs by 6161 different artists.