Rock artists covering country songs became quite the fashion in the early 60’s, often the domain of the groups of the British Invasion, but it was North American Rockers that started the trend. 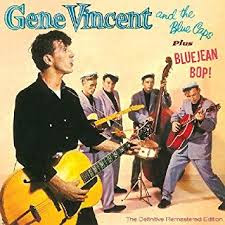 Gene Vincent and The Blue Caps (1958). Vincent was a pioneer in Rockabilly music and has inspired many, still revered and rightly so.

Brian Hyland (1964) an American singer was the first to cover this song in a ‘non’ country fashion.

The Beatles (1965) as I have blogged already the Beatles were not afraid to tackle songs from many different genres.

“Jolene” written and performed by Dolly Parton in 1973. Much more to say about her ;) but this iconic song has not been given proper justice in the cover song category, perhaps artists shy away from this as there are some songs artists feel that are a bit 'untouchable'.

Los Valentinos (1977) a group from Denmark were the first to give this song a different flavour and it doesn’t taste so good, so we’ll move right along to the next ones to do so! Strawberry Switchblade (1985) this UK band had a bit of hit with this version. The Stone Coyotes (2001) a very decent rock version.

“Move it on Over” written and performed by Hank Williams (1947), one of Hanks early big hit songs and covered 36 times.

Georgie Fame & The Blue Flames (1965). Georgie has a certain flair for sure and while this is more of a Big Band sound it was the first ‘non’ country version I could find. Georgie had great taste in the songs he covered.

George Thorogood and The Destroyers (1978). Maybe one of the best covers of a Country song ever.

“El Paso” written by and performed by Marty Robbins (1959). One of the great story songs of the wild west.
The Grateful Dead (1976) known to have done this song for many years on stage they made a recording in 1976.

Elvis Costello & The Attractions (1981). I found a new respect for George Jones’s voice and music after finding out about the original version of this amazing cover.

"Wichita Lineman"  by Glen Campbell (1968) written by Jimmy Webb. Certainly one of the finest performers in Country music and one of his most enduring songs.
Smokey Robinson & The Miracles (1969), not so much rock but a different take for sure.
R.E.M. (1996), I really enjoyed this version by a band known for their originality, they are giving a fresh take on this classic country song. 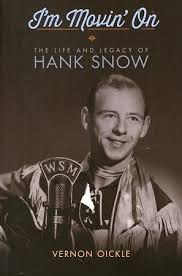 “I’m Movin On” Hank Snow (The Singing Ranger) and His Rainbow Ranch Boys (May 1950) written by Hank Snow. A true superstar in the early days of Nashville, this Canadian born in Brooklyn, Queens County, Nova Scotia has a fascinating story (including helping to launch Elvis’s career) worthy of a future blog. But for now his hit country song that was initially turned down by RCA records has since been covered 96 times, but the first rock version was done by a group from Canada.

The Rolling Stones (March 1965) were the next ones to give this a rock twist.

Plenty more great covers of County tunes and I’ll blog on this again.

Music Trivia. What country superstar was asked to join a rock band? It was Vince Gill. While playing as a session musician he was invited by Mark Knopfler to join Dire Straits.

Click here for a playlist of all the videos.

If you like my blog, please consider clicking the ‘Subscribe’ button at the top right hand of the home page. Remember to confirm the subscription when you get the first email. Pass it along to a friend who might enjoy it as well! And many thanks as always for reading my blog!