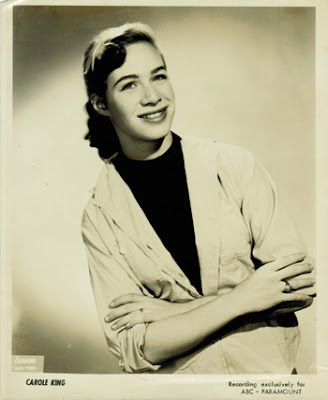 Carole King (born Carol Joan Klein, February 9, 1942) in Manhattan is now 76 years old. At the age of four her mother (a piano player) and father noticed she had absolute pitch. What was known to me and others I'd imagine as 'perfect pitch' it means among other things that little Carol could name any note she heard, her formal music lessons began shortly thereafter. Her genius had her accelerated through school and she attended Queens College at The University of New York at age 17. She had changed her name in High School, a common practice among Jewish people to try to avoid Antisemitism .
Also at age 17 Carole met Gerry Goffin, got pregnant and then married. Initially after quitting college to raise their daughter Louise they worked day jobs and started writing songs at night, Gerry wrote lyrics, Carole the music. The two of them would form one of the most formidable writing duos of the 1960’s and part of the legend of the Brill Building in New York City.

They needed their day jobs to pay the bills. This song changed all of that.
“Will You Love Me Tomorrow” originally released as just “Tomorrow” by the Shirelles in November of 1960. The song reached number one on Billboard's Hot 100 the week of January 30, 1961. This was the first #1 for an all girl black group in the US. Covered over 340 times,  Frankie Valli with his 4 Seasons would reach #24 with this song in 1968.

Now divorced from the late Gerry Goffin and many life changes later Carole embarked on a solo career. The aforementioned ‘Tapestry’ album would sell over 25 million copies and win four Grammy Awards.
“You've Got a Friend” written and performed by Carole King on 'Tapestry' in 1971. Covered over 260 times.

“You've Got a Friend” by James Taylor. Taylor recorded his version (technically a cover as he recorded it second) with King and they shared some of the same musicians. They released it simultaneously with Taylors version reaching  #1 on Billboard and won him the Grammy for Best Male performance.

“Beautiful” written and performed by Carole King, again from 'Tapestry'

One of my favorite Goffin/King compositions is “Up on the Roof” recorded by Carole King in 1970 from the Album ‘Writer’.


Carole King's musical opened on Broadway on January 12, 2014, “Beautiful: The Carole King Musical” and has won a Grammy and two Tony Awards. She has lived on her ranch in Idaho since the 1980’s and remains a staunch supporter of environmental and wilderness preservation issues.
Oh, and of course you'll remember I blogged about Aretha Franklin's hit song "(You Make Me Feel Like) A Natural Woman" Music written by Carole King, Jerry Wexler and Lyrics written by Gerry Goffin. To date at least 130 of her works have been covered thousands of times by hundreds of artists.

“Crying in the Rain” by the Everly Brothers (1961), written by Howard Greenfield and Carole King

A bit of fun here, but you may not know Neil Sedaka and Carole King dated in high school. Neil had a hit song “Oh Carol” (1959) written by Howard Greenfield and Neil Sedaka, which he ‘wrote’ about her.

...in a friendly and very funny response she wrote “Oh Neil” 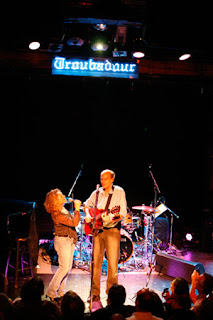 Music Trivia. What well known singer sang backup on both James Taylor's and Carole King's versions of “You've Got a Friend”?  One Joni Mitchell, the three were all part of the California music scene and played at the famous Troubadour, in L.A. at various times, Joni and Carole also played with James on several occasions.

Click here for a playlist of all the videos

If you like my blog, please consider clicking the ‘Subscribe’ button at the top right hand of the home page. Remember to confirm the subscription when you get the first email. Pass it along to a friend who might enjoy it as well! And many thanks as always for reading my blog!