Songs from your Country

“This Land Is YourLand” (1944-47) written and performed by Woody Guthrie. Words were changed over the period of years as it was adapted from another one of his songs. 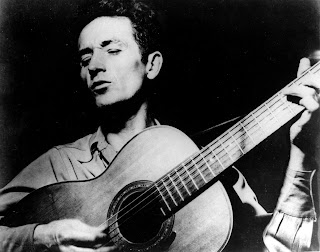 Woody is well known as folk singer/songwriter, political activist and cross-country traveller. He wrote this song to remind Americans and in particular the Politicians just who the good ole’ U.S. of A was for - the people-all the people.
A version with name places changed by a Canadian Group ‘TheTravellers’ (1958).
How we feel about our home country or country of birth has been embodied in songs both pro and con I would imagine as long as singing and songwriting has been around. To represent our country does it mean we have to exclude or even hate others in order to protect our own interests? Do we have to mistreat the planet? Or other people from other parts of the world or from our own country for that matter in order to feel better about ourselves? More importantly who gets to decide what we say and how we say it?
In this Trump-ed up over twitter-ized world we live in, let’s look back for some songs written of (or in) protest, or in the spirit of hope, unity and positive change. Have we lost so much focus that we allow criticism and indifference in the face of tragedy?  Personally I have no answers so let these songs remind us of the things that are important and that there’s still some time for reflection and more importantly optimism for a better world for us all. In no particular order these songs are from some of the Countries or regions whose readers most frequently visit my blog. My apologies if I’ve made any poor choices out of ignorance or poor English translations.

Germany
A song of hope with a translation of the chorus.
“Über den Wolken” (over the Clouds) by Reinhard Mey (1974)

“Over the clouds, freedom must be borderless. All your fears and all your sorrows, they say. Remained unseen underneath, and then. Whatever seems big and important to us, Became vain and small.”
https://lyricstranslate.com/en/ueber-den-wolken-over-clouds.html

Argentina
Written by León Gieco in 1978, it has been translated into many languages."Sólo lepido a Dios”
“I only ask of God, That I am not indifferent to the battle, It’s a big monster and it walks hardly on, All the poor innocence of people.”
https://lyricstranslate.com/en/Solo-le-pido-Dos-I-only-ask-God.html

Ukraine
"Герої не вмирають" (“Heroes do not die”), Anastasia Kostyantynivna Prikhodko & Nicky Rubchenko, written by Igor Shavrov.
“Whilst the sky is blue,  While the hearts are burning,  Whilst wheat is sown, Heroes do not die.”

Brazil
I need not go any further than the top-rated Brazilian song of all time.  “Construção” written and performed by Chico Buarque sung in Brazilian Portuguese.

France
“L'envie d'aimer” by Daniel Lévi. Songwriters, Lionel Florence, Patrice Guirao and Pascal Obispo
Surprisingly😄I have chosen a song about love from our friends in France, this is one of the most popular songs in France's history from June of 2000. 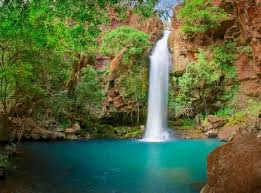 Many songs from this country seem to revolve around happiness and dancing, so, as much as I wanted to choose the song by La Pandylla – “A ComerMamey”
I have to go with something with origins from the Central Valley and not so much about protest or social change. I could not find a recording by a Costa Rican but here is a lovely version, the song is about a little girl who needs to wake up to hear the music. My dear Costa Rican friend and Valley Girl, Xiomara will no doubt set me straight on this one!
"Despierta Niña"


Spain
Since my daughter lives in Barcelona with her boyfriend of Catalonian heritage it seems only fair that I can choose this song “Al Vent” written and performed by Raimon (Ramón Pelegero Sanchis). Originally composed in 1959 when he was just 19 years old and recorded in 1963.
My understanding this has become an anthem for social change and democracy. Once again, I’ll be corrected on this one too (thanks in advance Oriol!)
Here is an English translation

United Arab Emirates
Judging from the YouTube comments this is a very positivesong, hope so because it sounds quite cheery to me!

United Kingdom
Well there are too many songs here to chose even steering clear of the obvious non-choices. So I landed on this song by the Beatles which has become a world-wide anthem for social change. Recorded by the Beatles in 1970, their last studio album of the same name. “Let it Be” written by Paul McCartney. 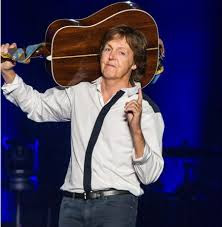 Music Trivia. Who is “Mother Mary” mentioned in the above Beatles song “Let it Be”? It is often mistakenly thought to reference the Virgin Mary but in fact it is Paul’s own Mother, Mary McCartney. Paul lost his mother to cancer when he was just fourteen and this song as I understand it came to him when his mother visited him during a dream he had after some troubling times recording the White Album in 1968.

A playlist of all the videos

If you like my blog, please consider clicking the ‘Subscribe’ button at the top of the home page. Remember to confirm the subscription when you get the first email. Pass it along to a friend who might enjoy it as well! And many thanks as always for reading my blog!