From the Movies (Part 2)

From the Movies (Part 2)
I mentioned some great movie songs in Part 1, but there are so many more.
One of the best songs written for a movie is "Mrs. Robinson" composed by Paul Simon. I referenced this song in the Simon and Garfunkel post but it's worth another mention. 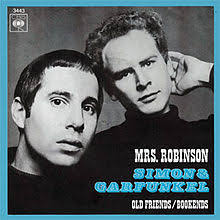 As I understand the story of this song Mike Nichols the Director of 'The Graduate' was obsessed with the music of Simon and Garfunkel and via Clive Davis, Simon was convinced (with a $25,000 cheque) to write three songs for his new movie. Apparently "Mrs. Roosevelt" was still in the early stages of development. When played for Nichols after he was unimpressed with the first two songs, the "dee de dee dee de dee dee dee" was just filler for words not yet written. Well he liked it so much the nonsense phrasing was kept and "Mrs. Robinson" was part of the Movie. It hit #1 in both Canada and U.S. in 1968 and won two Grammys; Record of the Year and Best Contemporary-Pop Performance – Vocal Duo or Group.
Here is Frank Sinatra jazzing it up! (1969) 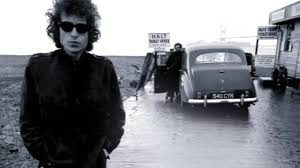 The fact this next song was written for a movie came as news to me, "Knockin’ on Heaven’s Door" written by Bob Dylan. I thought this was just a track from another Dylan album. But it's the soundtrack to the movie of the same name, 'Pat Garrett & Billy The Kid', it was a bomb (apparently it's not really that bad) so that may have something to do with the fact not many people have heard of it. However the producer Sam Peckinpah loved Dylan's soundtrack so much he gave him a part in the movie, turns out this was the only good thing to come out of the project. This song has been covered about 130 times, most famously by Guns n' Roses in 1987 at a live concert and in studio (1990). Eric Clapton (1975), Judy Mowatt (2002) with a reggae twist. Just a note on the perils of YouTube, this song has a posting viewed 24 million times and it is not Bob Dylan singing, in fact many of the top views pass themselves off as Dylan and indeed are not. I've encountered this several times with other videos; sometimes it's the pictures as well that don't match the artists they supposedly represent. Problem is when you google this stuff these incorrect versions pop-up, I've tried reporting them to Youtube but nothing gets changed, I just hope people aren't getting paid for these stunts but I suspect some are. Just so you know I vet all my posts to make sure you are getting the correct song and artist.

"Footloose" written by Dean Pitchford and Kenny Loggins, performed by Kenny Loggins from the movie of the same name hit #1 in the US, Canada and South Africa in April of 1984. The movie was remade in 2011 and the song was done by Blake Shelton. 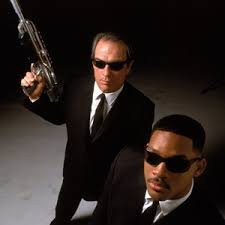 "Men in Black" performed by Will Smith and co-written with Patrice Rushen, Terri McFadden and Freddie Washington. This song won Smith a Grammy in 1998 and was a world-wide smash hit topping "airplay charts" as it was not actually released as a single. Covered only 5 times, Forever the Sickest Kids (2008).

"Purple Rain" written by Prince and performed by Prince and the Revolution, of course from the movie, the soundtrack album hit number one on album charts and top 5 singles charts around the world and sold in excess of 25 million copies. 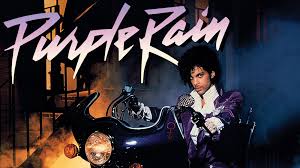 It won a 1984 Grammy Award for Best Rock Vocal Performance by a Duo or Group with Vocal, the album was nominated for Album of the Year and it also won for best Soundtrack. Purple Rain also won an Oscar for Best Original Song Score in 1985. First covered by Big Daddy in 1985. A live version from Bruce Springsteen (2016).

"Jailhouse Rock" written by the dynamic duo of Jerry Leiber and Mike Stoller for the movie starring Elvis Presley (1957). This song was supposed to be sung as a 'tongue in cheek' goofy song but Elvis delivered it as a straight up rock number. (I'm sorry to go 'all-Elvis' on you again but watch this video, was this guy amazing or what!) 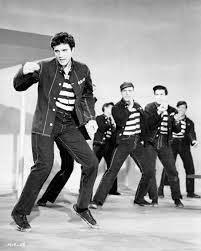 With the meaning of these lines "Number forty-seven said to number three
'You're the cutest jailbird I ever did see'
I sure would be delighted with your company,
Come on and do the Jailhouse Rock with me" apparently lost on censors at the time as after all the setting was an all male prison. This song hit #1 on just about every chart in the US and topped the list in the UK and Canada. Covered well over 200 times by Conway Twitty (1961), Jeff Beck (1969), ZZ Top (1975), Queen live in Montreal (1981) released in 2007.

A playlist of all the videos. All past videos and  playlists are available on my YouTube channel.

If you like my blog, please consider filling in the 'Subscribe' link at the top right hand of the homepage. Remember to confirm the subscription when you get the first email. Confidentiality is assured unless you are a close friend or family member then all bets are off. While I can compile data from my blog it's not tracking in terms of anyone's identity. For past blog posts click on the menu at the top right and scroll down. Pass it along to a friend who might enjoy it as well! And many thanks as always for reading my blog!