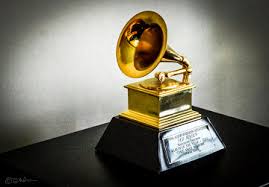 Originally referred to as the Gramophone award, the idea was for the Music Industry to have it's own awards like the Oscars and the Emmys. A good choice to honour the Gramophone in the name and trophy. Sixty years later one would hope they could be a bit better at avoiding controversy but dealing with the ego's and eccentricities of the music business can't be easy and it's good advertising I suppose.
The big four categories are open to music from any genre and therefore the most competitive; Record of the Year, Song of the Year, Album of the Year and Best New Artist. Far as I know the only person to win all four in one year is Christopher Cross in 1980. Adele has won all four but spread out over three different years. The most Grammys have been awarded to Hungarian born Conductor Georg Solti at 31, many during his tenure at the Chicago Symphony.  Alison Krauss is the leading female winner at 27, U2 has the group category at 22.
I have made many references to Grammy award winners in past posts and I suspect that will continue. It is not the end all and be all in my opinion for music greatness but does show achievement and in the case of multiple wins particularly over time, enduring talent and popularity. I've talked about this already but here are a few more 'Song Of the Year' Grammy winners that were actually 'covers' of someone else's song.

Beginning with just the second year (1960). "Battle of New Orleans" written by Jimmie Driftwood who first recorded the song in 1957 and released it in 1958. The Grammy went to a version by Johnny Horton (1959). 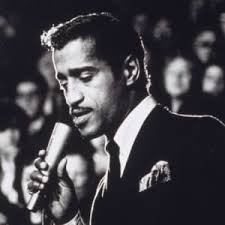 "What Kind of Fool Am I" performed by Anthony Newley (1961), he co-wrote this song with Leslie Bricusse. The Grammy in 1963 went to a version from the amazingly talented Sammy Davis Jr.

"Hello, Dolly!" written by Jerry Herman was originally from the musical of the same name in January of 1964. Performed by Carol Channing in the role of Dolly Gallagher Levi. So to say this is a cover bends the rules a bit as the version from 'Louis Armstrong and The All Stars' is actually the first record of the song. This issue from the legendary Louis ArmStrong was recorded to promote the musical at the request of the songs publisher.  It was released as a single in 1964 and went straight to #1 knocking the Beatles off their string of number one hits on the Billboard Hot 100.

"The First Time Ever I Saw Your Face" written by Ewan MacColl, recorded by his soon to be wife Peggy Seeger in 1957. The Grammy in 1973 was won of course by Robert Flack. Remarkably Flack would repeat in 1974 with another cover song "Killing Me Softly with His Song" written by Charles Fox and Norman Gimbel that was first recorded by Lori Lieberman (1972). Roberta Flack (1973). Sadly authorship of this song was much disputed with Lieberman saying it was from a poem she wrote about Don McLean, far as I know she's never received any credit with the songwriters saying her recollection of McLean came to her after they wrote it; without McLean never entering their minds.


"Bette Davis Eyes" was written by Donna Weiss and Jackie DeShannon. DeShannon recorded the song in 1975 and it went pretty much unnoticed until 1981 when covered by Kim Carnes who won the Grammy in 1982.

A fitting honouree last year was  Dolly Parton, who has won 10 Grammys and a staggering 47 nominations. This year it is Aerosmith, the rock legends are celebrating 50 years as they formed in 1970 and since sold over 150 million ablums.

If you like my blog, please consider filling in the follow by email link at the top right hand of the page. Remember to confirm the subscription when you get the first email. Confidentiality is assured unless you are a close friend or family member then all bets are off. While I can compile data from my blog it's not tracking in terms of anyone's identity. For past blog posts click on the menu at the top right corner. Pass it along to a friend who might enjoy it as well! And many thanks as always for reading my blog!