Well it's a bit obvious being Valentine's Day why I choose this topic. Yet another area where I could blog exclusively and not put a dent in. The list of love songs can take on many forms and definitions; love of someone or something, love of the place of your birth, (for the country fans) the love of your pick-up truck or your dog...and many other sources. 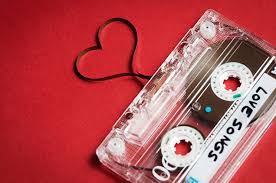 There's more than just a smattering of songs about love already in my blog such as Beautiful by Gordon Lightfoot, as it's the most written about topic. Here are some songs that are popularly known as great 'romantic' love songs and I've tossed in a couple that you may not have heard, all leaning to the positive side, as opposed to angst and heartbreak. One of my favorites I just posted in the 'Grammys', "The First Time Ever I Saw Your Face".

"Something" written by George Harrison, recorded by the Beatles on 'Abbey Road' (1969). Covered at least 364 time according to Secondhandsongs.com
Elvis Presley (officially 1973 though there are earlier recordings)
Della Reese with an great rendition (1970). Frank Sinatra (1971).

"The Glory of Love" written by Billy Hill and first recorded by Willie Bryant in 1936, the next to do this song a couple months later was Benny Goodman who had a number one hit. As was the style back then a considerable instrumental lead into the vocals by Helen Ward. Covered over 120 times. My favorite cover is from the amazingly talented Dean Martin. A cover by Otis Redding, this man had soul. Bette Midler from the 'Beaches' soundtrack. And the writer of some of the worlds best love songs, Paul McCartney. Not to be confused with the similarly named "Glory of Love" performed by Peter Cetera (Chicago) and written by David Foster, Peter Cetera and Diane Nini. 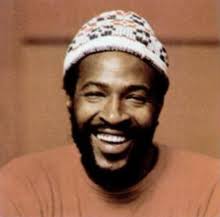 "How Sweet It Is (To Be Loved by You)" written by the dynamic trio; Brian Holland, Lamont Dozier and Eddie Holland, performed by Marvin Gaye (1964). Covered well over 100 times. A great jazz version by Leslie Uggams (1966) more familiar these days as 'Blind Al' from the 'Deadpool' movies. Perhaps the best known version is by James Taylor (1975) with some great harmony from Carly Simon.

"Endless Love" written by Lionel Richie and performed with Diana Ross (1981) is ranked as BillBoard's top love song; it hit #1 across four different charts in the US, and number one in Canada, South Africa and Australia. Cover by Luther Vandross and Mariah Carey.

"Because You Loved Me" performed by Celine Dion (1996)  and written by Diane Warren, another blog worthy artist that has had 32 songs on the Billboard Hot 100 chart, nine of them number-one songs. I believe she has the record for most #1 songs recorded by different artists. Siti Nurhaliza.

"My Love" written by Paul and Linda McCartney (1973) Just a simple and beautiful song. Covered over 80 times. The legendary Tony Bennett (1973).

"The Look of Love" performed by the "The Sound" a well deserved nickname for saxophonist Stan Getz. Written by Burt Bacharach as an instrumental, his oft colaborator Hal David added lyrics and produced this from Dusty Springfield (1967) . Covered close to 400 times. Diana Krall (2001). Shelby Lynn (2008), I own this album "Just a Little Lovin" a nice departure from her usual Country music style. 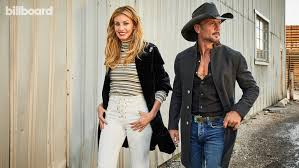 "It's Your Love" performed by Tim McGraw and Faith Hill. Written by Stephony Smith a jingle writer turned country hit machine. This song was a huge smash in 1997 and won four awards at the Academy of Country Music Awards. A cover by 'She Moves' (1998). 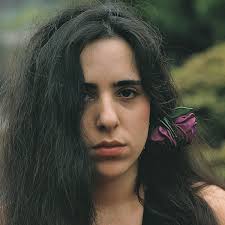 "Sweet Lovin' Baby" written and performed by Laura Nyro. Here is one I can guarantee most will not have heard, and it requires some intent listening because it's not your average love song. Laura Nyro (Laura Nigro, October 18, 1947 – April 8, 1997) from the Bronx. She has written songs you may know; "Wedding Bell Blues" #1  (1969) and "Stoned Soul Picnic" #3 (1968) for the 5th Dimension, "And When I Die" (Nyro was just 17 when she wrote this and sold it to Peter, Paul and Mary for $5000) #1 in Canada, #2 in the US for 'Blood, Sweat and Tears' (1969). "Eli's Comin'" #10 (1969) 'Three Dog Night'. "Stoney End" #2 in the US, #5 in Canada for Barbra Streisand (1970). "Sweet Blindness" another not your average love song. Her R&R Hall of Fame Induction.
Apart from Elton John once saying "I idolized her" the following are some of the artists that have acknowledged her influence on them; Elvis Costello, Rosanne Cash, Joni Mitchell, Carole King, Alice Cooper, Cyndi Lauper, Steely Dan and Kate Bush. Todd Rundgren was quoted as saying, once I heard her "I stopped writing songs like the 'Who' and started writing like Laura". "

For my money this is one of the best love songs ever, followers will be not be surprised, sung by Elvis Presley.  "Love Me Tender" (1956) lyrics written by Ken Darby. Perhaps not the only song but the most famous to be based on the tune "Aura Lee" written by George Poulton and W.W. Fosdick (1861). Here is the first recording from the "Shelton Brothers" in 1938. Covered close to 400 times under both titles. Used in the 1936 movie "Come and Get It" sung by Frances Farmer.
"Love Me Tender" from the lovely voice of Keely Smith.
A playlist of all the songs.

I think these songs are for everyone, whether you have a "Valentine" or not, Happy Valentines Day to all! ... I'm lucky to have 'my girls' 💘.


If you like my blog, please consider filling in the follow by email link at the top right hand of the page. Remember to confirm the subscription when you get the first email. Confidentiality is assured unless you are a close friend or family member then all bets are off. While I can compile data from my blog it's not tracking in terms of anyone's identity. For past blog posts click on the menu at the top right corner. Pass it along to a friend who might enjoy it as well! And many thanks as always for reading my blog!