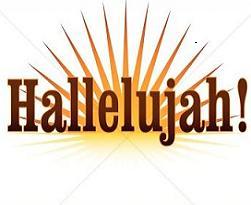 The word is Hebrew in origin and means "Praise you, Jehovah" and is the older of the similar "Alleluia" which is apparently of Christian origin. We all know how the word/phrase gets used in everyday life, literature and of course song.  According to Secondhandsongs.com there are over 20 songs with one of these two words in the title. When you hear the word, if you are like me the song "Hallelujah" written by Leonard Cohen (1984) comes to mind. I've read Cohen had drafted some 80 different versions of this song before landing on the one recorded in June of 1984 for his seventh studio Album, "Various Positions".  Cohen's strain is one of those songs that has taken on a life of its own, covered 'officially' 300 times both vocal and instrumental, unofficially this song has been sung no doubt millions of times. Suffering from over exposure due to programs like American Idol and to any local talent production as well inclusion in movie and tv show soundtracks, many have grown sick of this song. If you stick to some of the following versions you can regain an appreciation for one of the greatest songs ever written. 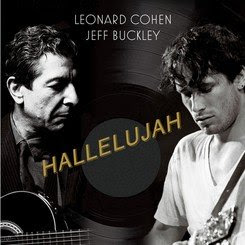 Not uncommon with many songs of substance it went somewhat unnoticed (beyond the context of being a Cohen song which in of itself was not insignificant in many circles) until it got covered.  First covered and (along with k.d. Lang) my personal favorite version(s) by the Welsh singer John Cale in 1991, on a tribute album cleverly named 'I'm Your Fan'. Cale was a founding member of the ground breaking band 'The Velvet Underground'. Next to cover the song was Jeff Buckley (1994). Buckley was a talented and promising musician who died at age 30 due to an accidental drowning, his biological father, also a recording artist died at age 28 due to what has been described as an unintentional drug overdose. Many consider Buckley's rendition which is based on Cale's interpretation to be the 'definitive' version. It's on the list of the Rolling Stone's 500 Greatest Songs of All Time.

I mentioned this song in my blog on Cohen and made reference to this being used in the movie "Shrek", the actual excerpts used were from Cale's version, the soundtrack issue however was from Rufus Wainwright (2001). He connected to the song through his admiration of Jeff Buckley and later recorded this tribute song "Memphis Skyline" in 2004. The inclusion of the song in the movie has unleashed millions of unknowing little Cohen fans whose parents might be somewhat mortified to hear the whole song and understand some of the sexual overtones. That said after Buckley's cover a forgettable version was recorded by one of the top selling artists of all time Bono (1995). 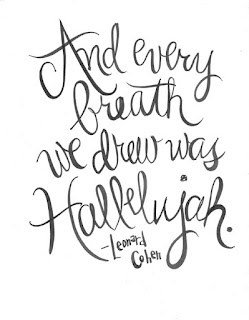 The next one to cover the song was a group called 'Angelou' with lead singer Holly Lerski, this first version by a female is superbly done and vastly overlooked.

Needless to say I can't list all of the versions of this song and by the time I've published my blog someone else might release another rendition, but I will list some of the more notable ones; Bob Dylan sang this live in concert (1988) before John Cale recorded it in 1991, Allison Crowe (2003), worth another mention a brilliant performance from k.d. Lang (2004), Willie Nelson (2006), Sara Gazarek (2007), I have some of her stuff and was pleasantly surprised she'd done a wonderful job on this, I think she's great. A popular version from Bon Jovi (2007), Justin Timberlake & Matt Morris feat. Charlie Sexton (2010), Neil Diamond (2010), Colm Wilkinson w/Aine Whelan and/or Siobhan Pettit perhaps?(2010), Pentatonix (2016), Popa Chubby (2017) and Julia Westlin (2019). 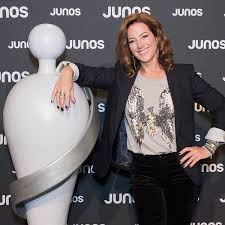 The Juno Awards are on Sunday March 17 from right here in London ON. For those of you who may not know, in Canada the Juno's are our equivalent to the Grammys and they started in the the 1970's. I've mentioned many past recipients in my posts and in this issue there are; Leonard Cohen, Rufus Wainwright and k.d. Lang. Both Bon Jovi and Justin Timberlake have taken home International Album awards. This years show is hosted by Sarah McLachlan who has been nominated for 29 Juno's and has been awarded ten, as well as three Grammy Awards. It is always a great show and you can live stream it via CBC, though I'm not sure how that might work from out of the Country. Here is a link to an article about just a small bit of London's musical history.

Thanks to everyone who shares my posting on your Facebook page, the vast majority of page views I get comes from FB, so keep sharing!

If you like my blog, please consider filling in the 'follow by email' link at the top right hand of the home page. Remember to confirm the subscription when you get the first email. Confidentiality is assured unless you are a close friend or family member then all bets are off. While I can compile data from my blog it's not tracking in terms of anyone's identity. For past blog posts click on the menu at the top right corner. Pass it along to a friend who might enjoy it as well or post it to your timeline on FB. And many thanks as always for reading my blog!