The 'List'(s) of Greatest Artists 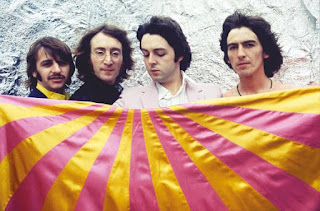 First, setting all lists aside we each have our own favorites and perhaps that will change over time as well, I know mine does and it looks a bit different from the 'official lists' for sure. Rolling Stone Magazine as most will know spends a lot of time compiling lists of the best and greatest and top this and that, and they do a fantastic job. One of the lists updated in 2010 is the 100 Greatest Artists. Most of you can guess who appears on the list I would imagine, the top 10 being; The Beatles, Bob Dylan, Elvis, The Rolling Stones, Chuck Berry, Jimi Hendrix, James Brown, Little Richard, Aretha Franklin, and Ray Charles. Perhaps the list that comes out in 2050 might even out the gender bias (not to take away from the talent here) but that's our history, like it or not. I've mentioned all of these artists in past blogs, some more than others so I'd like to take a look at other lists and artists. The RIAA (The Recording Industry Association of America®) has lists relating to sales. So their tally of total albums sold looks like this: The Beatles, Garth Brooks, Elvis, Eagles, Led Zeppelin, Billy Joel, Michael Jackson, Elton John, Pink Floyd and AC/DC. The top individual albums list gives another look with the Eagles Greatest hits logging in at #1 with 38 million units sold, topping 'Thriller' next at 33 million, then the Eagles again for 'Hotel California' at 26 million, The Beatles album 'The Beatles' (known as the White Album) at 24, followed by Billy Joel, Led Zeppelin, Pink Floyd, AC/DC, Garth Brooks and Hootie and the Blowfish at 24 million for 'Cracked Rear View'.

I'm pointing out that the Rolling Stone Magazine list takes a lot more into consideration than just sales, but as you can see the only artists on all these 'top ten' lists are The Beatles. In fact you have to go a long way down to find most of the other artists, albeit you need to consider the buying power in the 1950's and 60's, compared to the last 10 years. We must also consider this is very Anglo American centric, world music artists and sales would look entirely different. For current 'digital' sales (such as iTunes) none of the top artists previously mentioned even crack the top 100, which one might expect as the new artists of the day such as the #1 Kanye West is what people are buying for the most part. Purchasing is on the decline but is of course still happening. More and more people are just streaming, meaning less money for most of the artists, labels and songwriters, more money for Spotify and Apple Music. 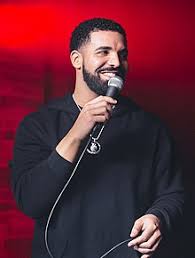 So 'streaming' is another thing all together, Spotify is one of the biggest and they published their all-time list in October (2018) after celebrating 10 years. Top-streamed artists of all time: 1. Drake (Canada) and he is also #1 on Apple Music for 2018 at 8.2 Billion streams. 2. Ed Sheeran (England) 3. Eminem (USA) 4. The Weeknd (Canada) 5. Rihanna (Barbados) 6. Kanye West (USA) 7. Coldplay (England) 8. Justin Bieber (Canada) 9. Calvin Harris (Scotland) 10. Ariana Grande (USA). Anyone else notice little Canada is blowing the USA and everyone else out of the water! For singles there are 10 that have reached at least 1 billion streams, topping the list at 2 billion is Ed Sheeran with "Shape of You". This song is also the second most viewed on YouTube at 4.1 billion, behind "Despacito" at just over 6 billion views.

As much as I find cover songs fascinating, the common theme on all these lists is originality. For the most part these lists reflect music written by the artists themselves. And although these Artists may 'cover' a song they are known for their own distinctive sound. So we love originality and authenticity. Following this comes of course cover versions, sampling and reinterpretations so that we don't forget or perhaps reinforce the originals. Collectively these songs and artists have been covered many thousands of times. Many artists start out doing cover songs, it helps to get them noticed to do songs people will instantly recognize and then they slip in their own work.
So thanks to great originals, other artist have the opportunity to express themselves through songs that inspire them. Really great songs are hard to come by, even more so today as the more material there is songwriters must make an effort not to plagiarize. 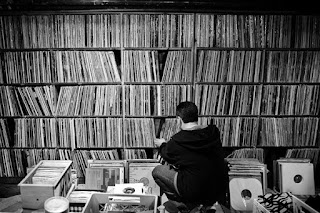 Music Trivia: at last count there are 85,431 original songs and 690,424 covers in the Secondhandsongs.com database. If you add up the top ten Artists from the Rolling Stone Magazines list they make up 4.5 % of the cover songs but only .0077 % of the artists. The Beatles are at the top with 13,689 covers made of their songs, Dylan is next at 5,308, all ten total 30,963 covers and counting! A typical album might have 12 tracks, if we use 11 that would be the equivalent of 2,814 dedicated to just cover songs. We know of course this database while comprehensive, only lists what is submitted and verified, I myself run across songs that are not on that list on a regular basis. Keeping in mind these are songs that have a 'cover' made of them which is only a fraction of original songs recorded. Youtube covers are a different thing entirely and are-when meeting some criteria just starting to be added to the database.