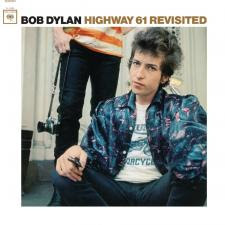 I've talked about many of the prominent and enduring songs in my past posts, some are on the lists of the 'Greatest Songs'. Last week I posted the list of singles from Acclaimed Music. I like Acclaimed because they take all the top lists, sales and other factors into consideration. To expand a bit on the list; Bob Dylan's "Like a Rolling Stone" sits at number one. The song is also #1 on Rolling Stone Magazines list of the 500 Greatest Song of all time and tops Billboard Magazine's list as well. So, there seems to be consensus although some other well know lists like VH1 put it at #4 and Consequence of Sound (COS) has it at #3.
When Dylan wrote "Like a Rolling Stone" he was exhausted having just returned home from a rather taxing tour schedule in mid June of 1965. The song hit the top 10 of most charts, but the only #1 ranking was from CashBox. Covered first in 1965 by 'The Soup Greens' a Garage Band from NYC and since then another 120 times. The versions that stood out for me while perusing the list were; The Turtles (1965), Cher (1966), Lester Flatt and Earl Scruggs (1968), Jimi Hendrix (1970), Mick Ronson with David Bowie (1994),  Bachman Cummings (2007), Green Day (2009) and more recently the Australian couple Jess & Matt (2018). 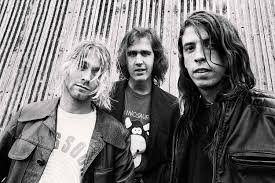 Number 2 on the Acclaimed list is  Nirvana's "Smells Like Teen Spirit". It lands at #9 on Rolling Stones and Billboard's lists, while COS puts it #11 and VH1 #41. This is the band's biggest hit at #1 on the US Alternative Songs list and #6 on Billboard's Hot 100, as well as number one spots and top ten's around the world. Released in 1991 from the Album 'Nevermind'. Written by Kurt Cobain, Krist Novoselic and Dave Grohl it was not expected to be a big hit by the band and in fact they took it out of the song rotation while on tour. Covered first by Tori Amos in 1992. Of the some 120 plus covers most are not very good and plenty of odd ones too; Willie Nelson (2001), Paul Anka (2005), The Muppet Barbershop Quartet (2011) hey I don't make this stuff up! And to get even more strange, from the movie 'Pan'. 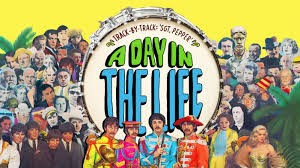 Number 3 was The Beatles "A Day in the Life". Written primarily by John Lennon with McCartney adding significantly to the middle part, it was included on the admitted drug induced haze of the whole 1967 Sgt. Pepper's Lonely Hearts Club Band album. Plenty of real life references and newspaper headline inspirations in this song including the car accident that killed the 21 year old heir to the Guinness fortune, Tara Browne. This song is listed at #26 on Rolling Stone Magazine and BillBoard, #20 on VH1 and #5 on COS. Covered over 100 times; Gabor Szabo and The California Dreamers (1967), Lighthouse (1971), The Bee Gees (1978) and Chris Cornell (2016). 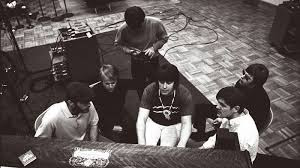 At number 4 is The Beach Boys, "Good Vibrations", as was most all of their music, composed by Brian Wilson and lyrics written by Mike Love. A considerable amount of studio time was used as well as a variety of musicians and instruments to produce this unique piece. Other top list appearances include; Rolling Stone Magazine and Billboard at #6, VH1 at #8 and COS put "God Only Knows" as their number one song and Good Vibrations at #47. Covered over 70 times including; The Cowsills (1969), Hugo Montenegro, His Orchestra and Chorus (1969), a One Man Band version from the very talented Todd Rundgren (1976) and The Flaming Lips from a live concert (2015). 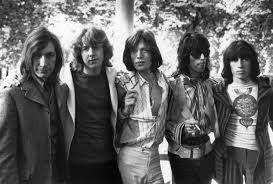 Number 5 is "I Can't Get No Satisfaction" (1965) by the Rolling Stones, written by Mick Jagger and Keith Richards. The music and famous guitar riff was created by Richards while he was sleeping, apparently he recorded it and was surprised to discover it in the morning, I of course believe this story and think drugs had nothing to do with it... Regardless it's a brilliant song, great lyrics by Jagger and a huge international hit topping charts in the US, UK, Germany, South Africa and others. Covered over 270 times, the first was Otis Redding who didn't know most of the lyrics so he just made up some of his own (1965). Other notable versions by Mary Wells (1966), Aretha Franklin (1967), José Feliciano (1970), Jimi Hendrix (1970) and Devo (1977).