Couples that Sing Together

Couples (that sing together don't always stay together)


There have been many 'couples' that sing together and I have mentioned several already in previous posts such as; Johnny Cash and June Carter, Tammy Wynette and George Jones, Tim McGraw and Faith Hill and Garth Brooks and Trisha Yearwood all from Country Music. 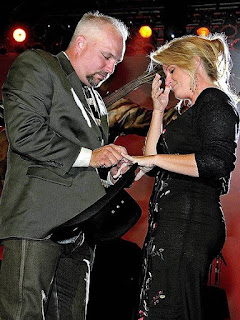 While anecdotally we can say that Country Music has the most couples that sing together, and from what I've seen this is indeed the case, what about other genres? In looking at these couples it seems singing together is not a formula for staying together-at least in most cases.

Ok I will get this one out of the way real quick, Jay-Z and Beyoncé! And despite their initial assertions they were brother and sister, Jack and Meg White (White Stripes) were married from 1996 to 2000, but performed together until 2011 (not as an unusual situation as you might think). Carly Simon and James Taylor were married from 1972-1983. Then there's the whole ABBA thing with the couples together and then not while still performing together. Ditto with Fleetwood Mac, Lindsey Buckingham and Stevie Nicks were recording together, before they joined the band and the other couple, John and Christine McVie, both would split up but continue with the band. 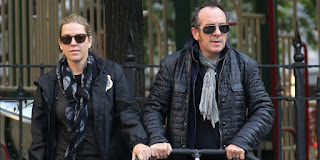 Elvis Costello and Diana Krall were very well established stars before becoming a couple and recording together.

John and Yoko would do some great songs with the Plastic Ono Band.  Sonny and Cher had several fantastic songs. Bruce Springsteen and Patti Scialfa of The E Street Band, what else can I say? Win Butler and Regine Chassagne of Arcade Fire. Nick Ashford and Valerie Simpson were a living love story. Richard and Linda Thompson representing the Folk genre and another example of couples that did not survive the pressures of working together.

I can't leave out the Captain & Tennille, together for a not always happy 39 years yet remained friends after their divorce until Captain's (Daryl Dragon) death in January of this year. Canada's premier couple has to be Ian and Sylvia Tyson who stopped performing together after their divorce in 1975 but did reunite for some performances particularly in 1986 and 2010. The very tumultuous relationship of Ike and Tina Turner produced some remarkable music. 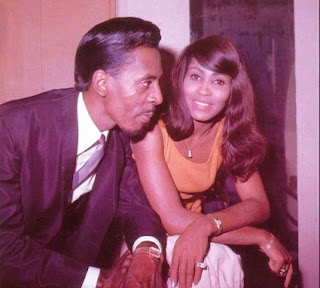 While many a fleeting or short lived relationship have produced music such as John Mayer & Katy Perry, Avril Lavigne & Chad Kroeger or Jordin Sparks and Jason Derulo I have stuck with some of the more enduring couples. Though this post is far from comprehensive I've collected more 'couples' in one spot than on any list I could find but I know I have missed quite a few, maybe a favorite of yours?

Here is one of mine Paul and Linda McCartney.