25 of the Greatest Cover Songs

Nothing quite grabs the attention more than a list of the greatest this or that, so at 85 posts about cover songs I thought it about time to get to it. As I advised with my other 'Greatest' posts we all have our favorites so anytime there is a list, something or someone 'great' gets left off. And the debate ensues, why is this and that at #11 not #4 and vise versa. My list therefore, shall be no different for it is not scientific but subjective and it is biased by my own tastes and exposure to music. Having said that it's hard for me to have missed many of the truly great cover songs of all time, indeed I think I've talked about quite a few: 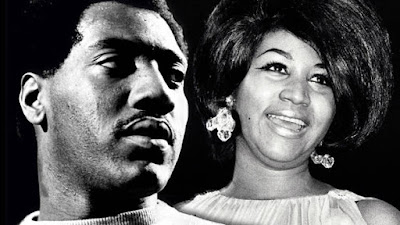 
Popular posts from this blog

October 15, 2021
The 2021 Update of the Most Covered Songs and Artists of All Time I have three categories in today’s blog: 1. The most covered songs written by a single artist, 2. The most cover versions combined and 3. The most covered Pop songs.  These numbers are for artists that write and record their own songs. For more on songwriters, read my series I Write the Songs . The statistics come courtesy of Secondhandsongs.com and are verified via strict protocols. This website posts 'covers' submitted from around the globe and in many different languages, edited by very knowledgeable experts in music recording. There are other resources as cited but other than the odd personal anecdote or opinion, I'm using information and knowledge, not to mention YouTube posts that already exist. In addition, the numbers change daily, I had originally written this blog in December 2019 so it’s been interesting to see the changes over two years. On the whole, the artists in each list mostly stayed th
Read more

November 27, 2020
Women of Rock History Melissa Etheridge You can always count on me for a walk back in time in my blog and this topic will be no different. In order to trace the history of female Rock singers I will go back to some of the pioneers.  Let’s first start with some background on the Rock & Roll genre. What was once referred to as Rock & Roll was shortened to just Rock by the late 1960s and has continued to evolve. Some may want to separate it into two genres, but semantics can't change the history of this diverse genre. The Rock & Roll period also includes Blues, R&B, Country and Rockabilly styles, among others. So whether these artists find themselves in the subgenre of Hard Rock, Acid Rock, Pop Rock, Folk Rock or one of the many dozens of other sub-classifications, a little reminder of the history is what I'm starting with today. These early influencers are where some of our more recent great artists received inspiration, motivation and in some cases the educatio
Read more

March 21, 2021
The 1960's Fully discussing a decade of music in one post is nearly impossible, but if you look back, I have done blogs titled: 1960, 1969 and The Greatest Pop Rock Ballads of the '60s. I’ve also featured a number of artists and songs that were prominent during those 10 years. However, there are a number of significant gaps where I have missed singers, groups and songs that were popular in the 60s and many have an enduring quality as well. Certainly, the TV and Movie Industry has done a great job using songs from this era, whether the subject matter was from this time period or not. Apart from many of the songs being a lot of fun, others, including myself, have described the 1960s pop music scene as being divided by pre- and post-Beatles/"British Invasion". At the same time, while the Fab Four and similar bands had a significant impact, and were followed by the inevitable look and soundalike bands, enter ' The Monkees ', but not everyone was trying to emulat
Read more

November 07, 2021
The Mojo Triangle Source: USA Today Writer James L. Dickerson coined the brilliant term Mojo Triangle in 2005, before I learned of it I had referred to the area as the reverse Bermuda Triangle of music. This (among other things I'll admit) is why I write a blog and he is the award winning author of Mojo Triangle: Birthplace of Country, Blues, Jazz and Rock 'n' Roll . I confess I haven't gotten round to reading it yet but I've been itching to write about the area for some time and I have researched the names and places for several years now. The 'triangle' refers to the geographic region with Nashville, Memphis and New Orleans as the three corners. The states of Tennessee, Mississippi, Alabama, and Louisiana are at the core. We know it as part of the "Deep South" and it's been referred to by other music related terms that pre date the 'Mojo' handle such as "America's Musical Triangle" and the "Americana Musical Triang
Read more

August 22, 2021
Groundbreakers Part 2 Rock & Roll I have talked about R&R in numerous posts, and I have many reasons for doing so, aside from the many great songs. R&R revolutionized Popular music and by extension almost every facet of the music industry. The music itself, even today, has not definitively been described to my or many others satisfaction. But here are some things that we do know, it's genesis came from Rhythm and Blues and we can give that a full stop. We also know there were many other influences that brought about this phenomenon that kicked off a music frenzy in the mid 1950's. For example it's also an amalgam of many forms of music including Country, Folk and the wild child of Hillbilly music known as Rockabilly. In the early days we have artists such as the New Orleans sound from Lloyd Price and Fats Domino under the same umbrella as Etta James, Wanda Jackson, Jerry Lee Lewis, Elvis Presley, Bill Haley and the Comets and I could go on. Sometimes just bas
Read more

When did Rock drop the Roll?

September 05, 2021
When did Rock drop the Roll? They Called it Rock Since Rock and Roll was such a groundbreaking development in Music, I set myself to reading more about the genre itself, more specifically its definition and the subsequent application of related subgenre.  I have been reluctant to give in to the idea that Rock and Roll (the genre that came first), it is now widely considered a subgenre of Rock Music. To me this sounds like a rearranging the order of things. Maybe you're like me, I thought it was always genre first then your various subgenre and sub subs and so on. This is not a chicken and the egg thing, Rock and Roll came first. I think it is generally accepted that a genre refers to a particular style and is most often applied to Literature and Music. The word has the same root as genus, which is applied to the natural world to classify plants and animals. Music that is 'Rock' related certainly had its DNA come from Rock 'n' Roll.  However the prevailing consensu
Read more

November 19, 2021
Happy Holidays!   Whether you view the upcoming holidays as a secular event, religious or a bit of both there's one thing that's synonymous with this time of year- Christmas songs! You don't have to celebrate Christmas as a religious holiday to enjoy a good song. Maybe you celebrate "Festivus" on December 23 which is a fictional/parody holiday created by Daniel O'Keefe of Readers Digest fame, it was of course made popular by Seinfeld as an alternative to Christmas. The topic of many songs is based on love, family and fellowship. So what's wrong with that? Nothing I say! I have issued a post each year at this time and because of that I'm getting lazy this year and including much of that material with updated stats and links in today's post.  Many find it hard to relate to religious carols like " Silent Night " or even the more secular songs such as " White Christmas " and even the happy go lucky " Holly Jolly Christmas &qu
Read more

April 26, 2021
Women in Music Anne Murray Recently, while doing some research I was reminded that the history of ranking and rating recording artists really does give women the short shrift. My next post will be on May 6, it's the third anniversary of writing my blog and a bit too close to Mother's Day for this topic. So I'm getting ahead of that to celebrate Women (and many of them mothers) in music.  A  clue on Jeopardy also piqued my interest to dedicate a post. It was from April 7, 2021, "Last name of Fanny, seen here, (picture shown) some of her compositions were originally published under her brother Felix's name" and a contestant got it right, I however had no answer. I will get to that a bit later. I have pointed to this issue before, in several of my posts I discuss the lists of the greatest of this or that and in one post I was pointing out the systematic low ratio of airplay given to female Country singers. Last year women had 23% of the #1 songs, this is the high
Read more

July 29, 2021
Groundbreakers in Music (Part 1) *Note to subscribers at the end So, what is a "Ground breaker" anyway. And is it two words or one? For my purposes, the Dictionary.com definition as a noun works for me; “a person who is an originator, innovator, or pioneer in a particular activity”. In the world of music there are many names that can fall into this category, and the contributions that qualify them are not only varied, but in many cases somewhat unrecognized.  The importance of history is often overlooked by those of us in the present, and I find it no different in music. What is also not dissimilar is the tendency to revise history and make attributions or proclamations where they are not warranted. For example, if we are talking about pop music in general, I've touched on the attention paid to the first/best of this or that, such as the very first Rock & Roll song. As for that, I think I debunked one of the prevailing songs given that moniker, "Rocket 88"
Read more