I've blogged about Soul and there are dozens' of songs sprinkled throughout my posts, but I want to focus on covers by Rock artists. While R&B was the main inspiration of most Rock musicians, Soul music is not far behind. Most of the biggest names in Rock history covered Soul songs and the influence can often be heard in their original material. Most notably this was a trend in the 1960's and there are plenty to choose. As with the Blues, bands from the UK were all over the Soul music scene. While I've dedicated some writing to Soul icons such as Ray Charles, James Brown and the legendary Aretha Franklin, I wanted to feature other artists today.

"Some Other Guy" by Richie Barrett (who discover discovered artists such as Frankie Lymon & the Teenagers, the Chantels, Little Anthony & the Imperials, the Valentines, and the Three Degrees) co-wrote this with the famous duo of Jerry Leiber and Mike Stoller, released in April 1962. Not the typical 'Blues' song that was being listened to "across the pond" but more soul oriented and it was not a chart topper in the US. The British band 'The Big Three' (March 1963) took a liking to it and covered it first and had a top 40 hit, in the UK. The Beatles (Live at the BBC June 23, 1963) included it in their early repertoire but their version was not released until 1994. Not quite a "Louie Louie" for unintelligible words but the lyrics are hard to make out hence the difference from record to record.

"My Girl" Written by Smokey Robinson and Ronald White, both of 'The Miracles' and recorded first by 'The Temptations', released Dec. 1964. One of the most well known and popular songs of the 1960's Soul genre that was #10 on the
Billboard Year-End Hot 100 singles of 1965. Covered over 200 times by many other 'Soul' artists but Carl Wayne and The Vikings, a little known Liverpool rock band recorded it in 1965. They had great success as a live act but failed to chart with anything. I mentioned them because another British Rock band you may have heard of 'The Rolling Stones' did this in 1967. 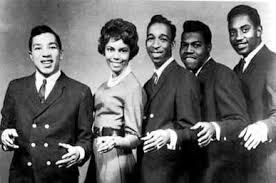 Speaking of Smokey Robinson, who along with Marvin Tarplin and Warren Moore wrote this song "Tracks of My Tears" which was a hit in 1965 for his group 'The Miracles'. First covered by another British Rock band you've never heard of, The Roulettes in 1966. Covered next by the American R&R singer Johnny Rivers in 1967.

"Walk on By" written by the duo of Burt Bacharach and Hal David, recorded by the amazing Dionne Warwick (1964). Covered by the Pop and Rock sensations "The Four Seasons" in 1965. This song has been recorded over 200 times since.

"I Heard It Through the Grapevine" was written by Barrett Strong and Norman Whitfield and is undeniably one of the greatest songs in popular music. First recorded by Smokey Robinson & The Miracles on August 16, 1966. However the first released version was by Gladys Knight & The Pips from September of that year, just before 'The Miracles'. This is perhaps best remembered for the Marvin Gaye rendition that came out in August of 1968. The song got a Rock makeover from 'Creedence Clearwater Revival' in 1970.

"Dancing in the Street" by Martha & The Vandellas was written by Marvin Gaye, Ivy Jo Hunter and William Stevenson (1964). It hit #2 on Billboard and #4 in the UK. Another iconic song from Motown and covered over 125 times. The most recognizable rendition is likely from David Bowie & Mick Jagger (1985). However not the first Rock cover by far, the British band The Kinks released this in March of 1965.

"Ain't Too Proud to Beg" by The Temptations spent eight straight weeks at #1 on the R&B chart in 1966. Written by 'Motowners', Norman Whitfield and Eddie Holland. I have to say I really love this song! Surprisingly (to me) however not only did it only hit #13 on Billboard it was only covered twice in the 1960's and four times in the 1970's and only about 50 times to date. The first 'rock' cover was actually from another little known band called Mama Lion (1972) with lead vocals by the sometimes singer, actor and model, Lynn Carey. Ok maybe not the best version and thankfully redeemed by the next rock band to cover it, once again 'The Rolling Stones' (1974). 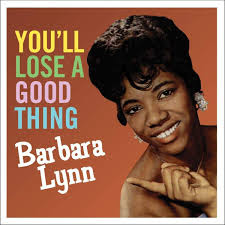 
"I Was Made to Love Her", his name says it all, Stevie Wonder (Sept. 27, 1967) written by Wonder and Henry Cosby, Lula Mae Hardaway (his mother) and Sylvia Moy.  The next version was by the surf rockers "The Beach Boys" (Dec. 4, 1967). Based on Stevie's first 'true' love named Angie, the song hit #1 on the R&B chart and #2 on Billboard. It's quintessential Stevie Wonder with his amazing harmonica and perfectly pitched strained vocals.

"In the Midnight Hour" (1965) performed by Wilson Pickett and written with Steve Cropper it was recorded at the famed Stax Records in Memphis. It was his first of many #1 hits on the R&B Charts yet only hit #21 on Billboard. While it was not a big seller it became one of his signature songs and a classic bluesy soul tune. Covered about 150 times and the best rock version for me is from Mitch Ryder and The Detroit Wheels (1966).

"Nowhere to Run" by 'Martha & The Vandellas' (1964), covered by "Grand Funk Railroad" (1983) and the only Rock version I could find of this great Motown classic that sits at #358 on Rolling Stone's list of The 500 Greatest Songs of All Time. Written by the deeply talented trio of Brian Holland, Lamont Dozier and Eddie Holland and backed by the famous Funk Brothers it hit #8 on Billboard. After being used in the movie "Good Morning, Vietnam" in 1987 it had a big yet brief resurgence.

For more Soul covers check out my blog on the Commitments and of course the blogs on Aretha as well.

If you like my blog, please consider filling in the 'follow by email' link at the top right hand of the page. Remember to confirm the subscription when you get the first email. Confidentiality is assured unless you are a close friend or family member then all bets are off. While I can compile data from my blog it's not tracking in terms of anyone's identity.  Pass it along to a friend who might enjoy it as well or post it to your timeline on FB. And many thanks as always for reading my blog!