I have three categories in today’s blog: 1. The most covered songs written by a single artist, 2. The most cover versions combined and 3. The most covered Pop songs.  These numbers are for artists that write and record their own songs. For more on songwriters, read my series I Write the Songs. The statistics come courtesy of Secondhandsongs.com and are verified via strict protocols. This website posts 'covers' submitted from around the globe and in many different languages, edited by very knowledgeable experts in music recording. There are other resources as cited but other than the odd personal anecdote or opinion, I'm using information and knowledge, not to mention YouTube posts that already exist. In addition, the numbers change daily, I had originally written this blog in December 2019 so it’s been interesting to see the changes over two years. On the whole, the artists in each list mostly stayed the same but may have shuffled positions. The information in this blog is from statistics collected on or around Oct. 8, 2021.

The most covered songs written by a single recording artist

Here are the Top 10 Artists with the most individual song titles (that they have authored) which have been covered by other artists:
1. Bob Dylan: 352 songs
2. Paul McCartney: 331 songs
3. John Lennon: 244 songs
4. David Bowie: 220 songs
5. Frank Zappa: 208 songs
6.     Tom Waits: 196 songs
6. Mick Jagger: 186 songs
7. Keith Richards: 186 songs
8. Bruce Springsteen: 186 songs
9. Stevie Wonder: 179 songs
10.   Carole King 175
I checked to see who was next. It’s Neil Young with 174 covered songs and Brian Wilson with 164.
Just to point out the writers on the above list may have written more songs, so some are either not covered, covered but not documented and/or they may have songs not yet recorded by themselves or others. In general most songs don't get recorded by another singer at all, but it just so happens these singer songwriters are so popular that a large portion of their songs, sometimes 100% continue to be remade.

The most cover versions combined

The most covered Pop singles

The Beatles songs, covers and more 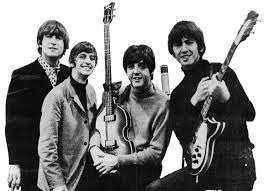 Originally edited by Richelle Dafoe, revised October 14, 2020
For past blog posts click on the menu at the top right corner or the link at the bottom of the home page. Pass it along to a friend who might enjoy it as well or post it to your timeline on FB. Many thanks as always for reading my blog! Blogger no longer automates an "add email" or subscriber service so send me an email if you want to subscribe randydafoe@gmail.com