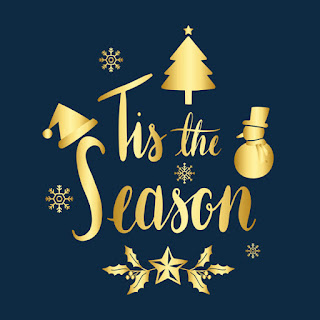 As I discussed in my post last year on Christmas and Holiday songs they are the most covered and performed songs of all time. Yet this year many will struggle to be anywhere near jolly this Holiday Season. Our front line workers, in particular those in hospital and senior care settings have been and continue to put their lives on hold to care for others. I thank you all. However this may just be just what the doctor ordered so to speak, for as much as many of these songs are filled with joy, hope and kindness towards our fellow human beings many songs express a variety of other sentiments about the holiday season.

Many find it hard to relate to religious carols like "Silent Night" or even the more secular songs such as "White Christmas" and even the happy go lucky "Holly Jolly Christmas". Some, especially this year, may find more solace with songs of a somber or gritty tone such as The Pogues' "Fairytale of New York" or  Good Charlotte's "Christmas By The Phone". I believe we have moved past the desire to ban "Baby it's Cold Outside" because it's been covered over 400 times and a dozen or more of those have been added to that total since all the fuss in 2018. Whatever your choice, and I suggest a good mix to help us think of better days to come, remember some of the finer days of yore, or to just get you through the current mood.

From the source of much of our traditional songs and carols, these songs are perennially Popular in the UK where it seems they like their variety.

The Lewisham and Greenwich - NHS choir

"Do They Know It's Christmas" - Band Aid

"Driving Home For Christmas" - Chris Rea (known for "Fool, If You Think It's Over")

"Last Christmas" - Wham! (released in 1984 and written by George Michael.)

A mix of the old and new

"It’s Beginning To Look A Lot Like Christmas" was written by Meredith Willson, known for "Seventy-Six Trombones" and "Till There Was You" from the Broadway Musical The Music Man. Originally a hit for Perry Como in 1951, the song got a new life when recorded by Michael Bublé in 2011 though it's been recorded over 160 times.

Here are some more old and new Christmas hits you may recognize:

"The Spirit of Christmas" - The Moody Blues

“I Believe in You” - Sinead O’Connor, written by Bob Dylan

There is a wonderful collaboration between Yo-Yo Ma and Diana Krall called, "You Couldn't Be Cuter" with lyrics by the amazing Dorothy Fields ("Big Spender", "I'm in the Mood for Love", "On the Sunny Side of the Street" and dozens more). It was first recorded in 1938 by Freddy Martin and His Orchestra - Vocal Refrain by Elmer Feldkamp and was made popular by this recording by Tommy Dorsey and His Orchestra - Vocal Refrain by Edythe Wright, released just a month later.

This song is very popular in my mother's native Newfoundland, "The Seven Joys of Mary" and this rendition is by Great Big Sea. The song is from a compilation by Henry Ramsden Bramley and John Stainer in a series of works titled Christmas Carols New and Old published in 1871. The books helped revive and popularize many songs such as "God Rest You Merry, Gentlemen"  "The First Nowell/The First Noel", "The Holly and the Ivy" and "What Child Is This?".

Songs I would classify as Alt-Christmas songs

"Christmas Tree" by Lady Gaga (ft. Space Cowboy) from 2008 is certainly not the only 'racy' Christmas song, just listen to Clarence Carter's "Back Door Santa" from 1968; it is definitely an adults only song!

"Just Another Christmas Song" by Sharon Jones & The Dap-Kings.

"River" written and recorded by Joni Mitchell was not really intended to be a 'Christmas' song but it most certainly has become one. Here is a great rendition by Cee Lo Green.

"The Christmas Song" by Weezer, not such a happy tune...

"Xmas Time of Year" by Green Day...bitter much?

"The Season's Upon Us" by Dropkick Murphys. You can't pick your family!

Here is a link to more alt Christmas on Youtube.

And for the New Year, I ran across this great song that has gone under the radar but is perhaps a nice replacement for "Auld Lang Syne":

"My Dear Acquaintance (Happy New Year)" by Peggy Lee who wrote the lyrics (music by Paul Horner) for her unfortunate flop of a play called Peg. This song was cut from the original 1983 version but was released in 2006. The first cover is a lovely interpretation by Regina Spektor and the only other (released) cover I could find is a version from Emilie-Claire Barlow.

For past blog posts click on the menu at the top right corner.
Edited by Richelle Dafoe